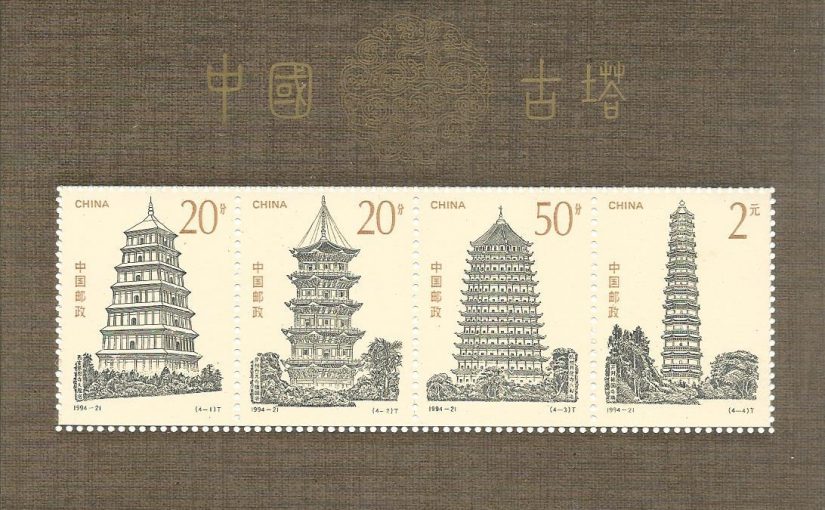 The Greater Wild Goose Pagoda stands in the western courtyard of the Ci’en Temple. It was built in AD 652 for storing Buddhist scriptures. Down the centuries, it was repeatedly destroyed and restored. Today, it consists of seven stories and is 59.9m high. It rests on a base 4.2m thick that measures 48.8m north to south and 45.9m east to west. With its base, it is 64.1m high. 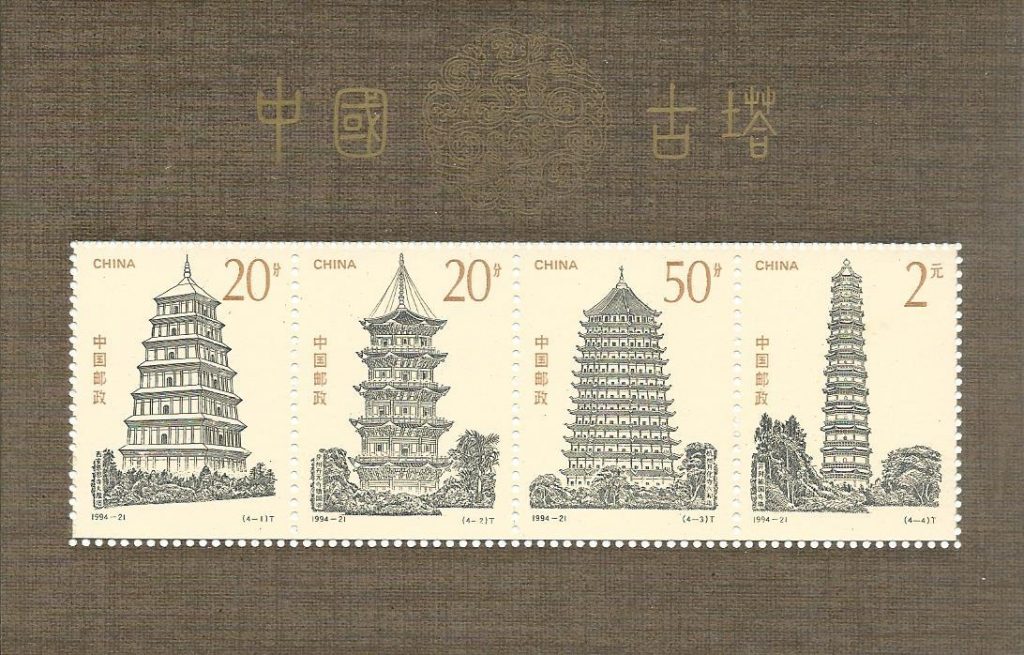 The Zhenguo Pagoda is one of two (the east and the west) pagodas at Kaiyuan Temple, which stand 200m from each other. Both are five-storey, eight-sided structures of stone. The east pagoda, featured on the stamp was built in 865, originally in wood but rebuilt 1238-1250 in granite.

The Pagoda of Six Harmonies of Kaihua Temple stands on Yuelun Hill beside the Qiantang River of Hangzhou. It was built in 970 by King Qian Chu of Wuyue. The original pagoda was a nine-storey building over 150m high. The reconstruction seen today is 59.89m.

The Pagoda of Youguo Temple in Kaifeng was built in 1049 and stands in the northeastern corner of today’s Kaifeng City. It is an eight-sided 13 storey building with a height of 55.08m.